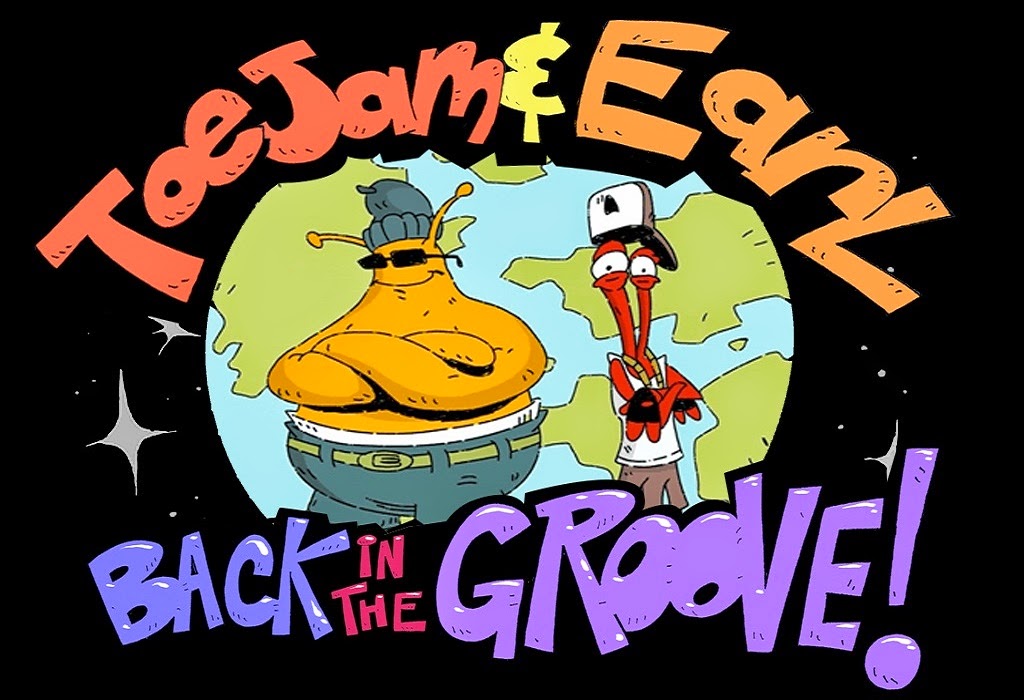 Bring back the funk!

Whatup Yo? Erm...? Well, I was going to start with an amusing string of 'urban slang' as part of an introduction to this piece, but I suddenly realised how uncool I am and that I would end up sounding like Jessie from Breaking Bad ("Gatorade me, bitch!"). Anyway, gamers from the 16-bit era will know all about Toejam & Earl! Released on the Sega Mega Drive way back in 1991, this funky, exploration game was a breath of fresh air in a world populated by platformers and fighting games. A roguelike at heart, TJ&E tasked you with wandering around the cartoon landscape attempting to find pieces of your broken space ship whilst avoiding a selection of some of the most bizarre enemies ever seen in a videogame - rogue dentists, possessed mailboxes, giant hamster wheels and stampeding nerds to name but a few. Adding to the madness were unopened presents which, when opened, could grant you useful items such as speed-giving super hi-tops, extra health, icarus wings, or money. They could, unfortunately also contain deadly items such as enemies, rain clouds that would follow you, zapping you with lightning, or even instant death. The random nature of these presents, along with the randomised levels and ship piece placement resulted in a game with plenty of replay value. The two player split screen - which allowed both players to wander off and do their own thing - sealed the deal and Toejam & Earl went on to become a cult hit. 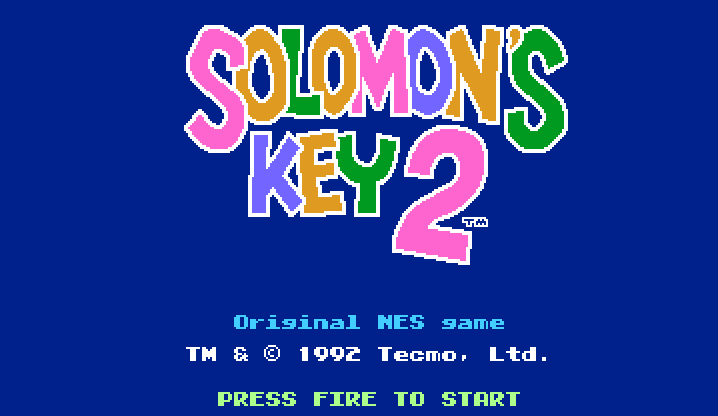 A new homebrew game for the Commodore Amiga is always reason to celebrate and this brand new port of a classic, yet little known, NES game is no exception. While many old school gamers will be familiar with classic platform puzzler Solomon's Key, not that many people realise that Tecmo released a sequel in 1993, entitled Fire 'N Ice, exclusive to Nintendo's 8-bit console. Released late in the life of the NES, Fire 'N Ice failed to make much impact as most people had moved onto the SNES. This makes finding a copy of the game difficult and very expensive these days, but thanks to emulation this doesn't stop you from playing it on your PC / PSP / Xbox or whatever other system you enjoy running emulators on (you naughty person!). Now you can also enjoy the game on your Amiga, as lone developer Hukka has ported it to everyone's favourite 16-bit home computer!
Read more »
No comments: