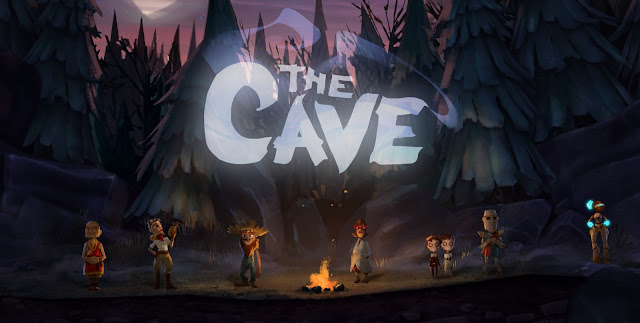 For many gamers of a certain age, the name Ron Gilbert will set the heart racing with excitement, for it was he who brought us such classic adventure games as Maniac Mansion, its sequel Day Of The Tentacle and, of course, Monkey Island 1 and 2. These games are considered the very best the genre has to offer and have captivated gamers over the years with their intuitive interfaces (thanks to the excellent SCUMM engine), cartoon graphics, witty dialogue (often with full speech), and devious and amusing puzzles to solve. Of course, Ron wasn't alone in creating these games, he was joined by the talents of Dave Grossman and Tim Schafer. Schafer also created Full Throttle and Grim Fandango, so his involvement in The Cave only builds the expectations and excitement further. With these two adventure gaming geniuses behind its production you have a guaranteed win on your hands. Or do you? Blimey! It would appear action Roguelikes are like buses. You wait for ages for one to show up, then a whole shit load of them turn up at once. At least I think that's how the saying goes. Whatever, the bottom line is we have recently been blessed with a plethora of games featuring randomly generated levels, rpg elements, and permadeath. For those of us teetering on the edge of hardcore RPG nerd-ism, these action based real-time Roguelikes are a much more palatable option than the beardy uber-heavy RPG antics of a true roguelike. Here we have all the finest elements of the genre; randomly generated levels, levelling up, hacking, slashing and looting, and the hair pulling torment of only having one life in which to complete your quest. Die once and it's game over fuck face! No saves, checkpoints or cutesy characters offering tips, just you against the computer's random levels and monsters.
Read more » 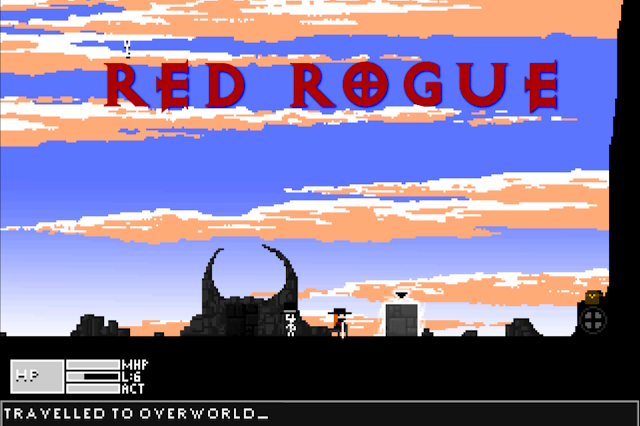 Another entry into the ever popular action Roguelike genre, this time hailed by its creator as an unofficial sequel to 1980's Rogue. Red Rogue manages to carve out a niche all of its own due to its stylish and minimal visual approach and deep gameplay. As a Roguelike it conforms to the usual staples seemingly required by law to categorise it as such. It is a dungeon crawler with randomly generated levels and permadeath for your character should you come a cropper during play. While a 2D platformer approach to the genre, much like Spelunky, it borrows heavily from the game that inspired an entire genre, Rogue itself.
Read more » 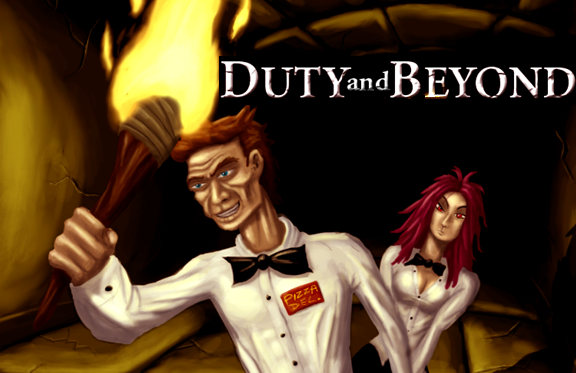 With the recent return of industry legend Ron Gilbert (creator of Monkey Island and Maniac Mansion) who, this week, brings us his new adventure 'The Cave'. I found myself craving some old school 2D adventure gaming action. Having recently replayed the amazing Day of the Tentacle I turned my eyes to the indie scene and rediscovered a gem of a title that I first played back in 2006.


Duty & Beyond is a retro adventure game with a charming 8-bit visual style and a quirky tale to tell. Created with AGS (Adventure Game Studio) and winner of two awards (best gameplay and best puzzles) in the AGS 2006 awards, Duty & Beyond is a wonderful call back to the point & click adventures of the late 80's and early 90's. It's also the only game of its genre that I can find that is 2D through and through. It not only uses 2D sprites, but is set on a 2D playing field, much like a platform game.

PC Indie - You Have To Win The Game - Update 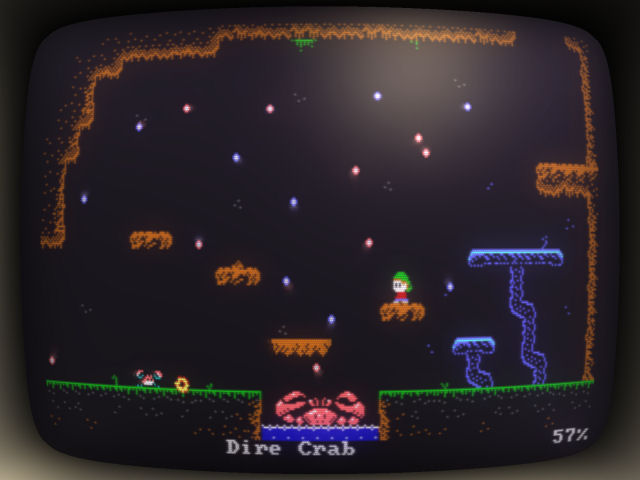 You Have To Win The Game

Pirate Hearts have released a new patched version, as well as a mod that makes the game look like EGA DOS games. It looks amazing! Grab both the game and the EGA mod here.

With both zombie games eternally beloved by gamers, and parody games finding popularity recently, Organ Trail, here in Director's Cut form, is a fine example of how to blend humour and blood letting. It's a zombie spoof of a classic educational title (yes, really) that was developed way back in the 1970's called The Oregon Trail. In this (supposed) learning aid players were tasked with guiding a group of pioneers across the real life Oregon Trail, a 2000 mile expanse across the United States that settlers navigated in the first half of the 19th century. The game hit widespread popularity in the mid 1980's when it was ported to the Apple 2, the computer found in most schools in North America at the time. Kids must have been thrilled. Here was a legitimate way to play video games in school. It was hardly the blast-a-thon they probably craved, but given the lack of other options they made do, and began to enjoy the deep gameplay on offer. The game went on to be a cult classic, and received many updates, including a recent version on the 3DS. Now, I am assuming that a large amount of the appeal of Organ Trail lies with the nostalgia and amusement factor of playing a zombie spoof of a game you experienced at school. As I have never played the game before I feel like I may not be the target audience for this re-imagining. But on the plus side, I can review the game with no rose tinted spectacles clouding my judgement! 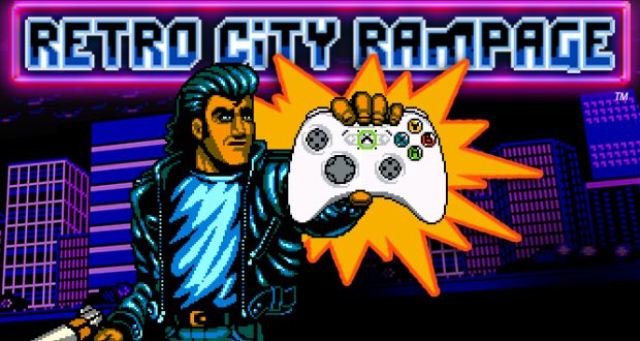 Observant readers of this site will notice that I have already reviewed the PC version of Retro City Rampage, giving it a fairly harsh score based on both my experience playing the game and the incredible disappointment I felt after waiting several years for it to finally materialise. Now that the dust has settled and a new Xbox Live Arcade version has arrived I felt it was time to come back to it with a fresh set of eyes and no preconceptions. While the core game remains the same, there are many notable improvements to the gameplay and as such I had a great deal more fun with it than the PC version.

The brainchild of just one man, Brian Provinciano, Retro City Rampage started life as a homebrew NES game based on Grand Theft Auto. Entitled Grandtheftendo, it soon grew far too big for its hardware boots and so Brian made the logical choice to produce it for PC instead. With the limitations removed he aimed bigger and soon a whole sandbox world was born. He wanted to stick closely to the NES roots so began adding references to classic 8-bit games. This soon incorporated TV and movie references from the same era and, as more and more nods to classic shows and games were added, Retro City Rampage was soon a full blown parody game.

Stepping into the Darkness


In 2007 an indie game called Knytt Stories was released, itself a follow up to the original Knytt, released the previous year. Both were lovely 2D platform games with the emphasis on exploration. Indeed, there were no enemies to kill, or game over screens. You were tasked with exploring the large open world, finding special abilities to reach new areas in the classic Metroidvania style. Knytt Stories was the more polished game, and soon build up a large fan base which led to a plethora of user made levels. The core Knytt Stories levels, made by the game's developer, Nicklas 'Nifflas' Nygren, involved a small girl named Juri, searching for a machine that is draining the colour from the world she inhabits. Later user levels had their own storylines and were often very unique, almost feeling like completely different games. Nygren has released other 2D platformers, also heavily based around exploration. Within a Deep Forest had you playing as a bouncing ball, and NightSky was a physics based puzzle platformer. Saira was another Metroidvania, this time set on a distant planet, with some new abilities thrown in such as being able to briefly transform into a ball of light that could be controlled to reach previously inaccessible areas. All these games were enjoyable, and oozing atmosphere, so it was with a sense of excitement that I came to play the new Knytt game, Knytt Underground. 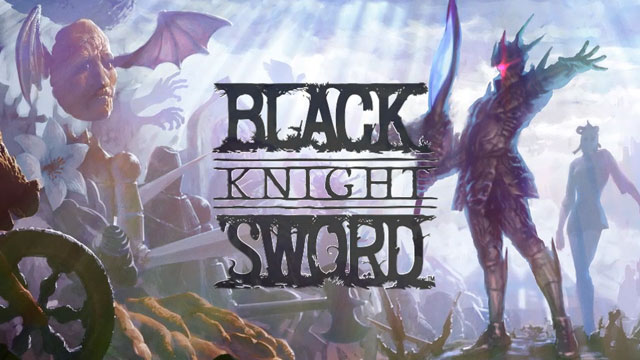 "And now for something completely different..."

Have you ever wondered what the result would be if you took Sega's Clockwork Knight and Capcom's Ghosts 'N Goblins, mixed them together with the avant-garde, silly soundtrack from Skullmonkeys on Playstation, then had the whole mixture set on a theatre stage and directed by Terry Gilliam? Of course you haven't. Well at least I hope you haven't as this might lead to further questions only a trained psychiatrist can answer. Regardless of your odd gaming fantasies, Grasshopper Manufacture have seen fit to produce such a fusion, and the result is one of the most bizarre games you will ever play.

"There can be only one" said the tag line in those Highlander movies. Well that's the basic premise of Bleed, a new indie run 'N gun game for PC and Xbox Live Indie.

The year is 21XX and our heroine, the punky haired Wryn, is tired of the old set taking up the top spots in the Hall of Heroes. So she sets out to become the ultimate heroine by destroying all those who currently reside in the esteemed leaderboard. To do so she must defeat the current heroes, who take the in-game form of huge boss monsters.
Read more »

Smile! You're on camera!

After crash landing on an alien planet Pic, our childlike robot hero, spots a beautiful butterfly. Mesmerised by the colourful creature he begins to follow it, a journey which takes him through vibrant forests, snow capped mountains, lava filled caves, and palaces in the clouds. This is the wafer thin plot to Snapshot, a wonderful and original take on the popular puzzle platformer genre from the talented folks at Retro Affect.
Read more »

They do indeed bleed pixels, everywhere. After only a few minutes of gameplay the stage will be awash with crimson life juice, much of it your own. They Bleed Pixels is a 2D platform game firmly situated in the masochistic camp. It seems to want to out do Super Meat Boy, Spelunky et al in the difficulty stakes. It begs for you to hurl obscenities at it while teasing you to break your controller, but is this blatant aggravation worth the time and effort? 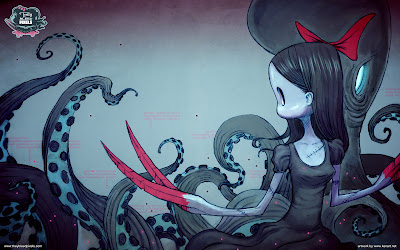 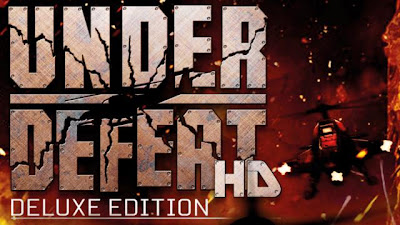 Under Defeat is the latest Japanese shmup to see a European release thanks to the fine fellows at Rising Star Games. Starting Life as a Japanese arcade game in 2005 by newcomers, Grev ltd, Under Defeat was an exciting military style vertical shoot-em-up that put you in the role of a helicopter pilot facing waves of enemies. Nothing too original, sure, but it stood out due to its excellent graphics, action packed gameplay and the slightly unusual way of moving your craft. The game received a home port on the Sega Dreamcast in 2006, but only in Japan. Six years later a full HD version was released on the Xbox 360, again, only in Japan. Luckily Rising Star games worked quickly to secure European publishing rights, and a mere nine months later it saw a full PAL release, dubbed the 'Deluxe edition', it contains all the DLC and patches, as well as a digital art book and soundtrack CD.
Read more » 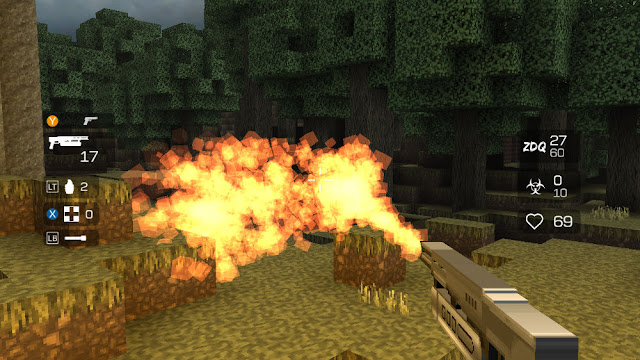 Zombie Death Quota is a game that exceeded my expectations by a considerable margin. The notion of another Indie zombie title was bad enough, but one set in a blocky Minecraft style world ascended it to the level of dread usually associated with a trip to the dentists. However, I was was very pleasantly surprised.