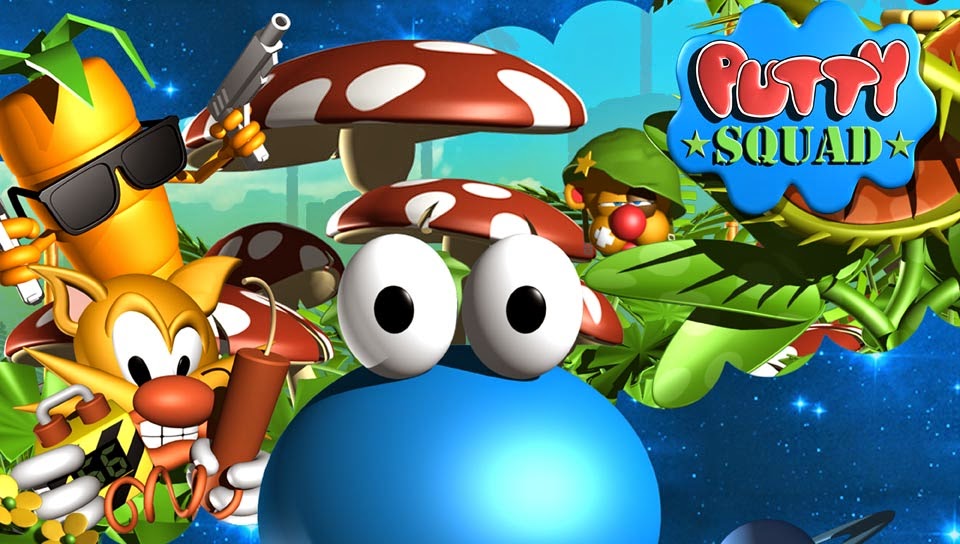 Retro gamers and owners of Commodore's wonderful Amiga computer will be familiar with System 3's Putty games. The first, simply entitled Putty, was released in 1992 to favourable reviews, and gained a loyal fan-base thanks to the zany humour and stretchy protagonist. The sequel, Putty Squad, developed two years later, never made it to the system, instead finding a home on Nintendo's SNES console. This was due to the Amiga being a bit long in the tooth by this stage, and the publishers not wanting to risk releasing the, already completed, game to market. All was not lost, however, as System 3 finally released the Amiga 1200 version of Putty Squad - available as a free downloadable disk image - in 2013, as a warm up to the brand new reboot that is now doing the rounds on the PS4, 3DS, and now PS Vita. So, does the remake do the original justice? And is it still relevant in 2014, when fantastic 2D platformers such as Spelunky, Fez, Super Meat Boy and Rayman Legends exist? 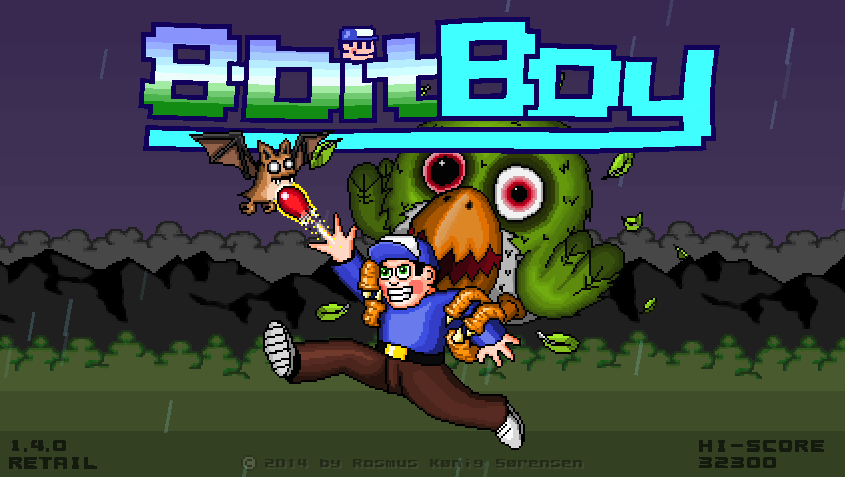 Last year (February to be precise) I reviewed a free indie game for the PC, 8BitBoy (see full review, here). Basically a no frills ripoff of Super Mario Bros and Great Giana Sisters, its complete mediocrity left me cold, and I awarded it a measly 4 out of 10 score. Well, it's back, only this time it's on Steam and is no longer free. The developers contacted me to inform me of this 'new and improved' version, so I felt a slight revision to the previous review was in order, hoping that this new version would correct many of the problems in the free iteration.

CoinOps & Vision - Bringing the Arcade to your home in spectacular style! Bringing the arcade to your home

Microsoft's first foray into the console market, the Xbox, appeared in 2001 (or 2002 for us European gamers) and was a huge success. But, while I have fond memories of playing Halo 2, Mercenaries, Brute Force and Tao Feng : Fist of the Lotus with my buddies in our earlier twenties, it is not a console I hold with much regard these days. Aside from the games mentioned above, there isn't much else in the Xbox's library of games that holds any appeal. Even games such as Toejam & Earl 3 and Sega's arcade beat-em-up Strike Out left me extremely disappointed. Add in the fact that it's a fairly ugly brute of a console, with one of the worst official controllers ever made - right up there with the Atari Jaguar and Sega's horrible Dreamcast controller - and you have a machine that I am happy to leave in the past. Until now! 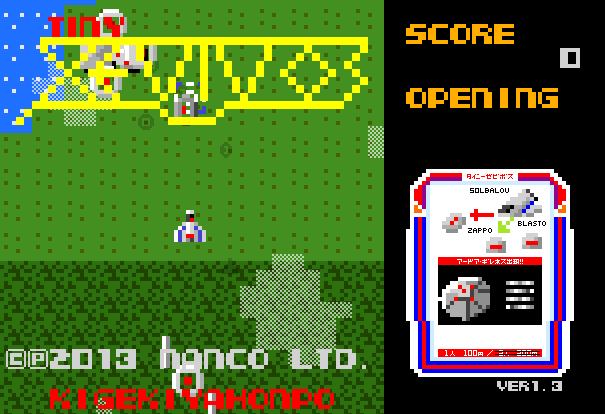 TinyXEVIVOS is a quirky re-imagining of Xevious, the pioneering Namco shooter that introduced the vertically scrolling shmup, as well as the secondary bomb weapon for hitting ground targets. This new version by Japanese developer Kigeki Yahonpo is more of a tribute than a remake, retaining the look and sounds of the original, but changing the levels and certain mechanics to make it a fresh experience.

I have been excitedly awaiting the release of Rogue Shooter since the moment I first heard about it online. After all, here was a game promising to blend two of my favourite genres into one ultra, mega-game; the old school first person action of Doom (the greatest game ever made), with the randomly generated shenanigans of Roguelikes such as Spelunky (The second greatest game ever created). My imagination began to run wild, picturing the dark, atmospheric corridors of Doom, coupled with the addictive and infinite replayability that randomly generated worlds provide. Further depth would be provided by levelling up, perks, different player classes, computer hacking and using science to create new and explosive weaponry. In summary, it sounded like the perfect game. So,  it finally launched, with minimal fanfare, on Steam a couple of weeks ago, and I was barely able to keep my hands steady as I made the instant purchase. Can it possibly live up to my lofty expectations? Is it even a decent game on its own merits?
Read more »
No comments: 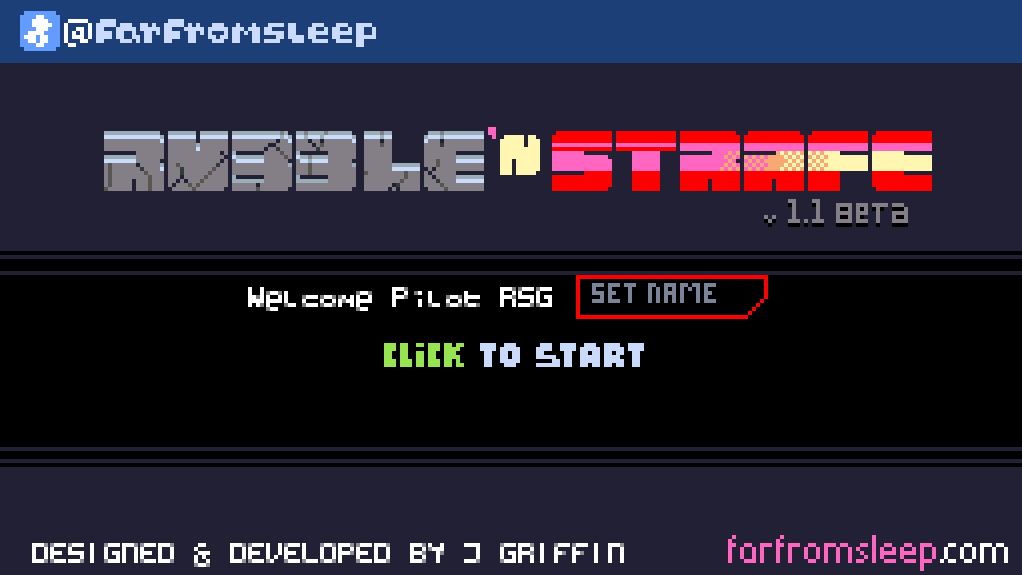 The amusingly titled Rubble N Strafe is a wonderfully addictive new indie game that melds the continuously scrolling, endless world of games such as Canabalt or Temple Run, with the bomb dropping antics of classic games, Scramble and Harrier Attack. Taking control of a continuously advancing plane, you use the incredibly simple mouse controls to make your plane ascend and to drop bombs. Holding button 1 will give your plane a boost skywards, at the cost of fuel, while leaving it un-pressed will cause it to plummet slowly towards the ground. The second mouse button is used to drop bombs, which ark towards the ground and destroy anything they come into contact with. Your plane will also automatically fire its machine guns at anything hostile directly in front of it.
Read more »
No comments: 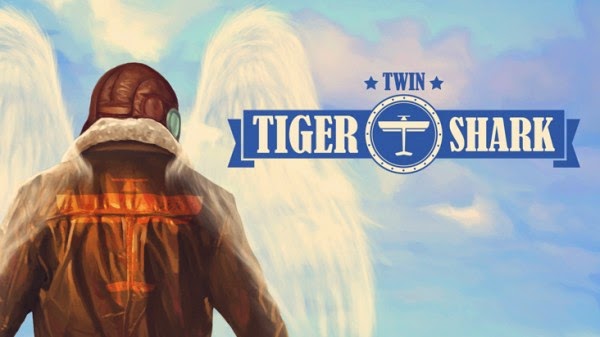 An indie tribute to classic arcade shmups, now on your Xbox 360!

Wide Pixel Games, or Mikael Tillander as he is known to his friends, is back with another Xbox indie title following a string of enjoyable and well made titles. Twin Tiger Shark is a vertical scrolling shmup that obviously has a hard-on for classic coin-op shooters from the late 80's and early 90's, most notably those of developer Toaplan. Both the visuals and sound mimic the look of the arcade games of yesteryear perfectly, giving it an air of authenticity that will delight fans of titles such as Capcom's 1942 series, Raiden and especially Toaplan's Twin Hawk, Twin Cobra and Fireshark. Indeed, the likeness is so spot-on that I initially thought it was a straight-up clone of one of those titles, so much so that I had to boot up MAME in order to discover which one it was. I never found a match, of course, but it pays such faithful tribute to their various titles that it's hard to tell - from the almost identical plane to the one used in Twin Hawk, the similar plane formations, background environments and soundtrack of Fireshark, or the enemy vehicles seen in Twin Cobra, every element of Twin Tiger Shark appears to be from a Toaplan title.