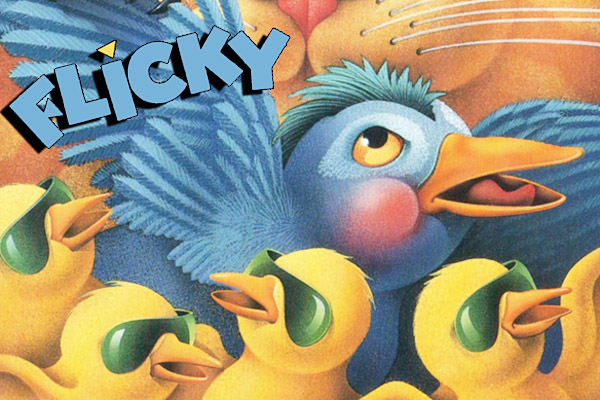 Come with me if you want to live!

Flicky is a Sega Mega Drive game that often receives a lot of flack from gamers. People moan about it appearing on multiple Mega Drive compilations, as if it doesn't deserve its position on the roster, which is a little unfair. Maybe it's because these compilations are often missing many favoured titles – mostly due to licensing issues – or maybe it is because the game looks so dated when viewed alongside games such as Commix Zone or Ristar. But underneath the dated visuals and simplistic arcade gameplay lies an exciting and addictive game that deserves far more praise than it generally receives. 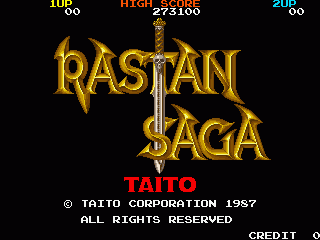 Ever since Arnie donned a set of over sized wristbands, fluffy boots and an animal hide codpiece for the 1982 movie Conan The Barbarian, the muscle-bound, sword wielding warrior has been a staple hero for videogames. Barbarian 1 and 2 on the 8 and 16-bit home micros pitted you against other foes in a 2d gladiatorial battle to the death, while titles such as Myth, Black Tiger and the PC Engine series, Legendary Axe were side scrolling affairs that pitted you against a legion of mystical monsters. Arcade classic Gauntlet, as well as pretty much every RPG game every made, has a class of character (often dubbed Warrior or Fighter) that adheres to the barbarian stereotype. More recently, the Xbox 360 and PS3 title Conan, brought the Barbarian protagonist back into fashion, but it is Taito's 1987 coin-op Rastan Saga (or simply Rastan on Western shores), that is the best game involving a broadsword swinging gym-freak in a thong. 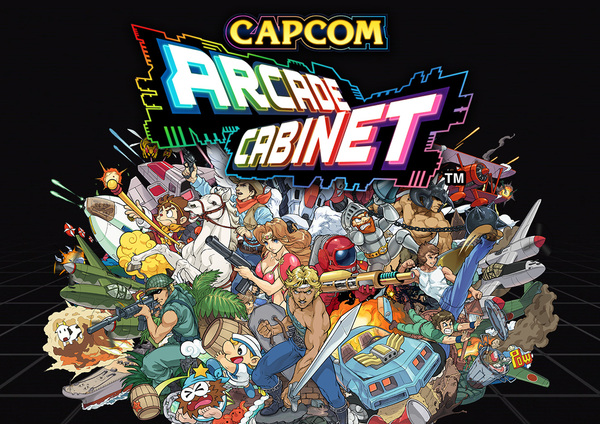 ** Capcom Arcade Cabinet is now 2000 points for the entire selection of 17 games. I have heavily revised my original review to ignore the poor pricing policies up until this point - as well as the smack in the face to loyal fans who wanted to support Capcom and play these games from day one. I have also spent more time with each game to re-write my analysis of each.

You can still read the original review here **

After the unfortunate failure of the underrated Game Room service, the release of half hearted compilations such as Midway Arcade Origins and the total lack of anything from Taito (boo!), retro arcade games have had a bad run this generation. The exception to this might be the excellent Namco Museum - Virtual Arcade compilation, but even this had flaws. So, while still excited about the prospect of playing old Capcom arcade games on my 360 or PS3, I remained sceptical about what would actually be delivered. While there is disappointment to be had in the lack of certain titles, what's here is a pretty decent selection of Capcom's 1980's library. Nintendo's original monochrome Gameboy was a huge success for many reasons; A long battery life, diminutive (for the time) size, and a huge collection of great games to play on it. It managed to see off the competition, even though many of these competitors boasted colour screens and even double the 'bits' (Atari's Lynx was a 16-bit powerhouse). Of course, Tetris helped. The puzzle phenomenon was a true pioneer of the casual games market that appealed to gamers of all sexes, ages and nationalities. Nowadays, handheld consoles have titles that are cut down versions of triple-A titles; the PS Vita has Uncharted, Assassins Creed and Call of Duty on it for God's sake. These new machines have forgotten what most gamers want from a handheld console – simple games that can be picked up and played by anyone and don't take 30+ hours to complete. This is why the mobile devices are such a hugely popular choice for gamers today - but the Gameboy got it right first time (way back in 1989) and, to this day, remains my favourite handheld console (well, the Gameboy colour would win, but only due to being backwards compatible with original GB titles). 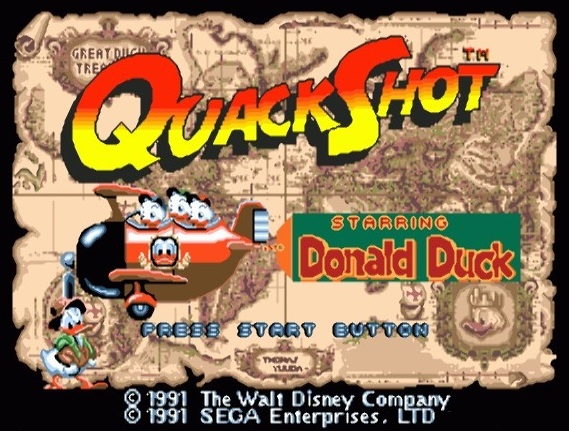 The 16-bit consoles introduced some of the best 2D platformers the world had ever seen, many of which, over 20 years later, are still the greatest examples the genre has to offer. Many of the most fondly remembered titles were based on popular Disney characters and movies, and Sega's Mega Drive console fared especially well in this respect. While the SNES had many of the same titles (Jungle Book, The Lion King, Mickey Mania), and even its own excellent exclusives (Mickey's Magical Quest), Sega's machine won by a narrow margin by having a far superior version of Aladdin (by the creators of Earthworm Jim), and the trio of jewels in the crown; Castle of Illusion, Quackshot, and World of Illusion. While I adore the squeaky rodent's adventures (despite having a dislike for Mickey himself), for me, Donald's globe-trotting quest is the best of the bunch.

The oddly monikered Cameltry is an arcade puzzler from Taito. Released at the tail end of the 1980's, the game tasks you with simply guiding a ball to the end of each of its scrolling, maze-like stages. This is achieved, not by controlling the ball itself, but by rotating the world around the ball and letting gravity do the work. It is an incredibly simple concept that is executed very well, resulting in an addictive and enjoyable title. It can also be viewed as an early example of the casual game genre that is incredibly popular on today’s mobile platforms. 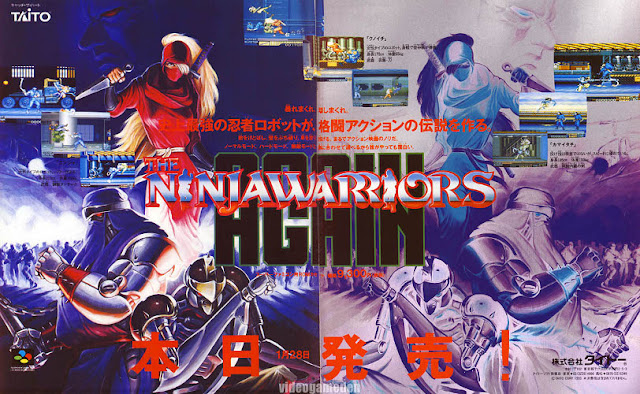 Ninja Warriors Again (or just Ninja Warriors, as it was known in the West) is a fantastic side-scrolling 2D beat-em-up game for the Super Nintendo. Released in 1994, it is a re-imagining of the original 1988 Arcade game, The Ninja Warriors. While published by Taito – who made the first game in the series – the SNES version was developed by Natsume, known for other brilliant SNES games such as Wild Guns, Pocky & Rocky 2 and Harvest Moon.

This time around the game is set is a bleak version of the future (aren't they all?) where the people are oppressed and ruled by the military, under the control of a maniac named Banglar. Thankfully, a small underground resistance formulate the genius plan to send in 3 ninja androids to kick ass and assassinate the tyrant. Unfortunately, they were pressed for time and deployed the trio of biomechanical ninjas in an untested state. What could possibly go wrong?