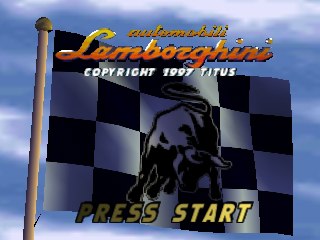 For those of you outside of the United Kingdom, or the non-drivers among you, 'Tiredness Kills!' is a government sponsored advertising campaign to make drivers aware of the perils of falling asleep at the wheel. While playing Automobili Lamborghini probably won't result in any fatalities, it will certainly alert you as to how easy it is to doze off mid-drive. With the exceptions of Ridge Racer 64, Beetle Adventure Racing and (possibly) V-Rally 99, Nintendo's 64-bit console is not really known for great road racing games. Instead poor N64 owners are 'treated' to a library of titles consisting of sluggish gameplay, poor frame rates and the usual blurry textures the system is infamous for. 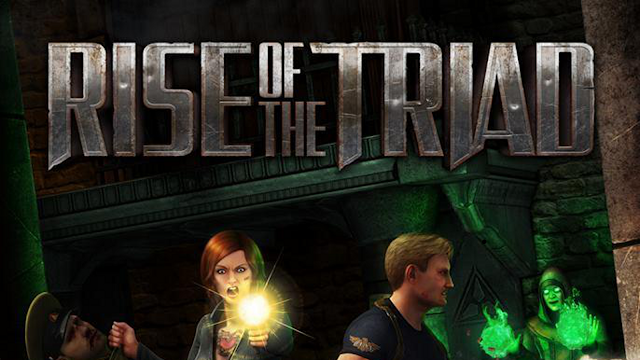 Wow, what can I say? To call this a disappointment is an understatement! I am sure you have already seen the score at the bottom of this review, so let's not beat around the bush here... This new Rise of the Triad remake is utter shit. It is an abomination that not only should never have been released but has now forever sullied the ROTT brand. What Apogee software were thinking allowing, unknown developers, Interceptor to release this is beyond me. I - and I am almost embarrassed to say this - actually enjoyed the terrible Duke Nukem Forever more than this travesty. 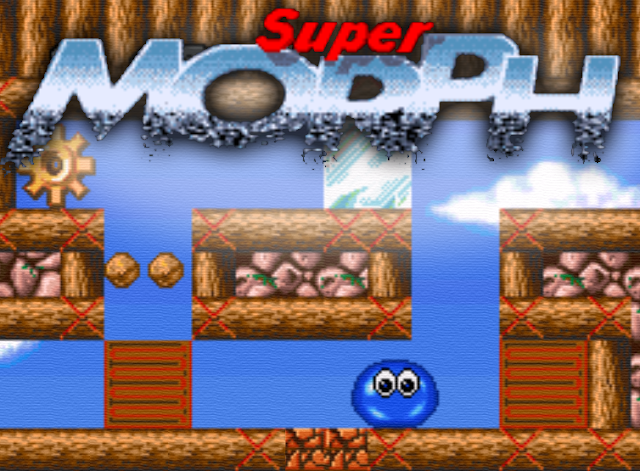 Some games are instantly fun, others take time to build up a momentum, hooking the player along the way. On the other hand, some games are instantly recognisable as utter balls, but others can lull you into a false sense of security, dragging you in with charming, cartoony graphics, bouncy music, original game mechanics, and enjoyable gameplay before grinding you down over time until you can no longer bare to look it in the face ever again. As if you couldn't guess by this long-winded intro, Super Morph falls solidly into the latter category. 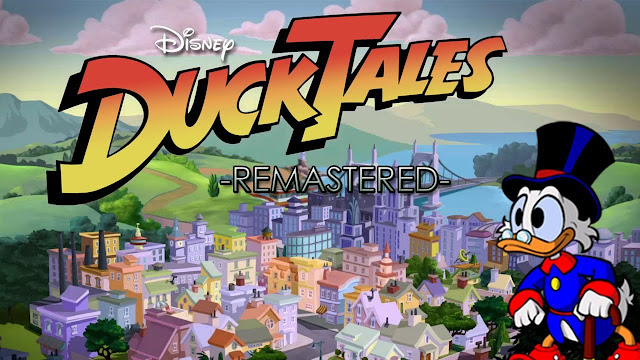 DuckTales A-Whoo-oo! Come on, you know you have the insanely catchy tune playing along in your head now. To say I was excited by the announcement last year that the NES classic, DuckTales, was to be remastered in HD for a whole new audience would be a huge understatement. In fact, it's slightly disconcerting just how excited I was, far more so than 33 year old man should rightly be about a Disney game starring cartoon ducks. Childlike glee aside, it's always great to see classic games of the 8 and 16-bit era being revamped, but the expectations from retro gamers such as myself can often be too much for the modern remakes to live up to. Nostalgia is a powerful emotion, and rose tinted spectacles can often lead to any reboot being unfairly dismissed as unworthy of the original. So how does closely DuckTales Remastered stick to the original formula set by the 1989 original and can it stand on its own webbed feet in 2013? 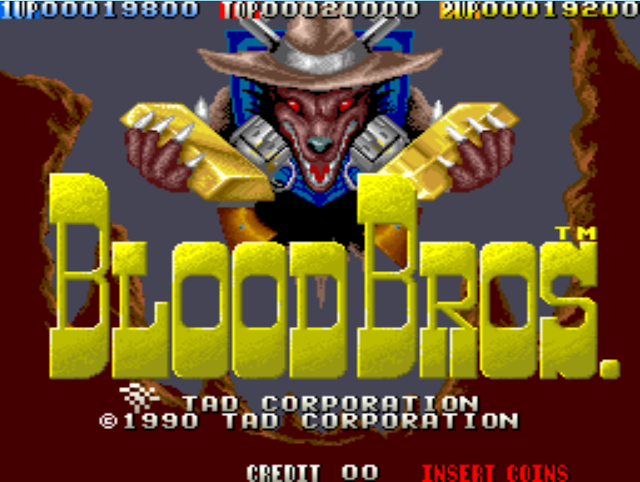 'We going straight to the Wild Wild West'

Sometimes the most old fashioned plotlines are the best. Blood Bros puts you in the dusty boots of a cowboy and indian.. sorry, Native American, duo on the hunt for the baddest outlaw in the West - the, rather blandly monikered, Big Bad John. To track him down and bring him to justice, our heroes are seemingly required to mow down an entire country's population of cowboys, bandits, gunslingers, india.. Native Americans (sorry) and anyone else who is keen to be killed for no good reason.

TOP 10 - 2-Player Retro Games To Play With Your Partner 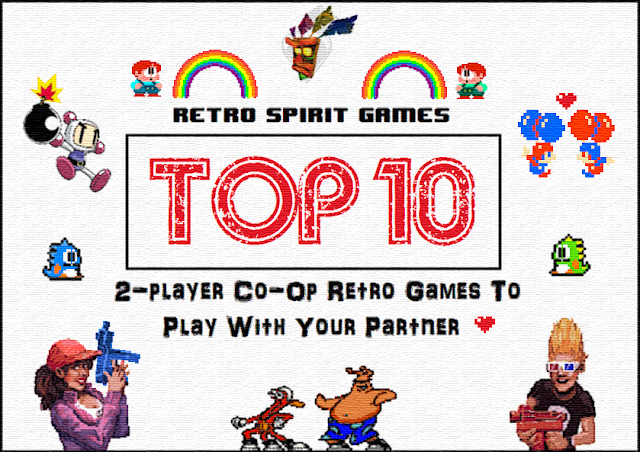 I have been lucky enough to have been blessed with a wonderful girlfriend who is also a gamer. Though, obviously, not the borderline obsessive retro gamer I am proud to be, she appreciates games no matter their age or graphics, and enjoys watching me play story driven titles as much as playing the fun 2-player games alongside (or against) me.

Over the years we have played many titles, both old and new, some of which we played through to the end, others just for short bursts. While many games have kept us entertained, the following 10 games are the ones we have enjoyed the most, and the ones I would recommend to anyone else out there who wishes to enjoy retro gaming with their better half. 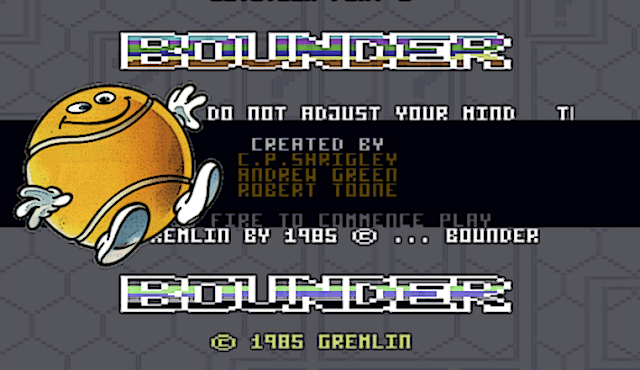 Rubber Ball, Come Bouncing Back To Me...

Back in the days of the 8-bit home micro computers, a game could be made based on absolutely anything - regardless of how mundane. There were games about a dustbin man (sorry, "refuse collector"), someone mowing their lawn, collecting shopping in the supermarket, and even a simple tennis ball bouncing along. That last one is, of course, Bounder, a successful top-down bounce-em-up from Gremlin Interactive - the same fellows that brought us the excellent Monty Mole series. 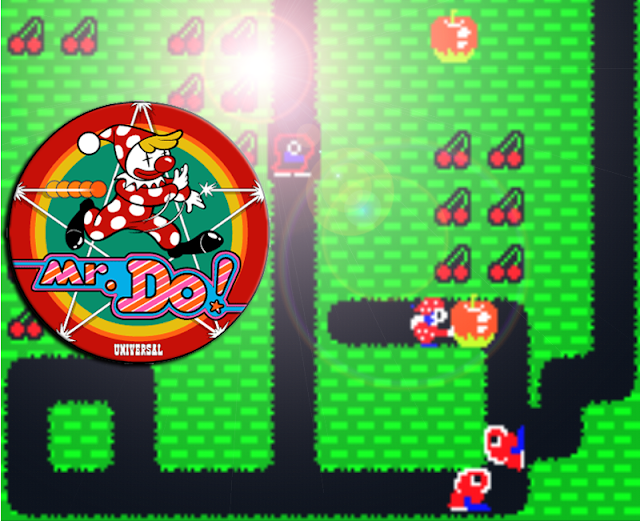 Get down with the clown!

Forget Digger, put aside your love of Dig Dug and wipe away those memories of The Pit, for Mr Do is where it's at for all your retro subterranean arcade maze adventures. Mr Do on Super Nintendo is a port of the classic coin-op by Universal that was released way back in 1982 - the time of early character based arcade games like Donkey Kong, Pac Man, and Dig Dug.

New issue of Retro Gamer OUT NOW for subscribers! 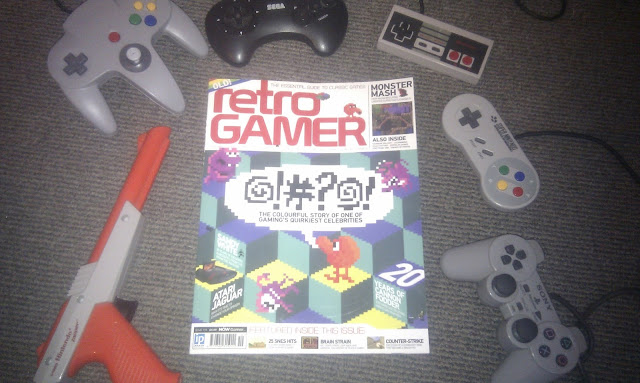 Just a quick post to let all you retro gaming fans know that the new issue of Retro Gamer magazine is out for subscribers, with it hitting the shops in a few days. My copy came this morning and I immediately liked the Q-bert cover.

This months edition features articles and features on the following: 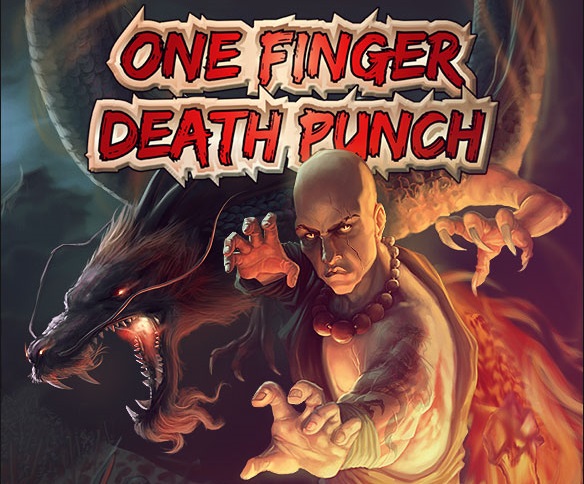 Fear does not exist in this dojo!


Sometimes a game appears on the Xbox Indie channel that really impresses me. But for every Escape Goat, Super Amazing Wagon Adventure, Shark Attack or Qrth-Phyl there are 1000 other software abominations stinking up the service. I foolishly and prematurely assumed that One Finger Death Punch would fall firmly into the latter, but it turns out to be one of the most exciting and downright fun games on XBLIG right now. 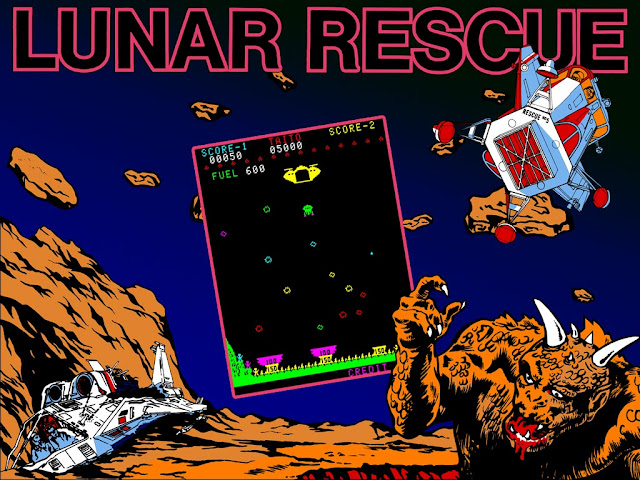 One small step for man...

Lunar Rescue holds the honour of being the oldest game I have reviewed on Retro Spirit Games. It is also one of the few games I can stomach playing that was created before I was even born. Coming from the era of Space Invaders, where graphics were in their infancy, Lunar Rescue is another 'space' game - the go-to genre of choice back in those days, probably due to the fact the background could comprise of a little more than a black screen with a few white dots. Indeed, the visuals on offer here are incredibly basic but at least colourful, with a garish selection of colours for the games sprites. It actually resembles a ZX Spectrum game, due mainly to the fact that your ship changes to the colour of whatever enemy sprite inhabits the same horizontal area - this is the first arcade game I have seen with colour clash! With such crappy visuals you would hope that the game is fun, right? Well, thankfully your hopes are rewarded, as Lunar Rescue is extremely enjoyable and rewarding to play. It certainly must be doing something right when it can still be played and enjoyed some 34 years after its initial release! 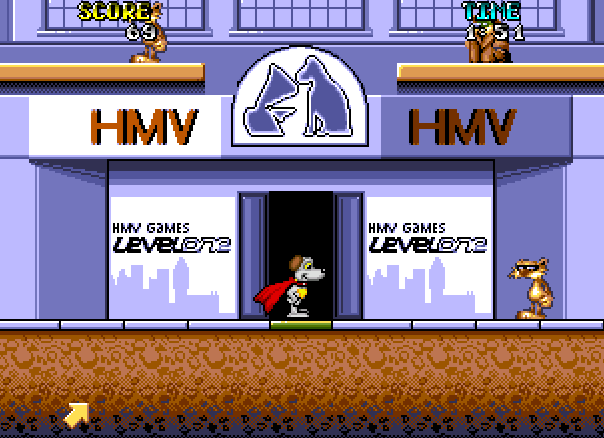 Nipper vs The Katz is a freeware Amiga game that was given away with issue 32 of Amiga Power magazine. It was developed by Graftgold for the high street music store HMV as part of a competition to win £1000 worth of stuff from the shop. Little did I realise at the time that it would be so addictive that I would be sitting here playing it now, trying to better my score, despite the fact that the competition ended 20 years ago. 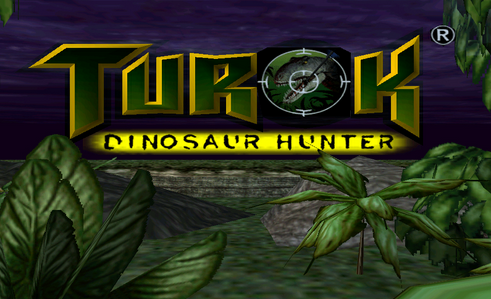 Turok Dinosaur Hunter was an early title for Nintendo's new 64-bit console, the imaginatively named Nintendo 64, back in 1997. Based on the comic book series that started life way back in 1954, Turok tells the story of the titular Native American warrior who is trapped in a land filled with dinosaurs. A pretty cool idea, and one that sounds like ideal fodder for a video game. It just so happens that Iguana Entertainment thought the same thing and produced a whole series of games based on the IP.


Beating Goldeneye to the post by 6 months, Turok : Dinosaur Hunter showed us that, not only could Nintendo provide some blood and guts action on their new machine but also that fully 3d first person shooters were not just restricted to PC owners with fancy graphics card. 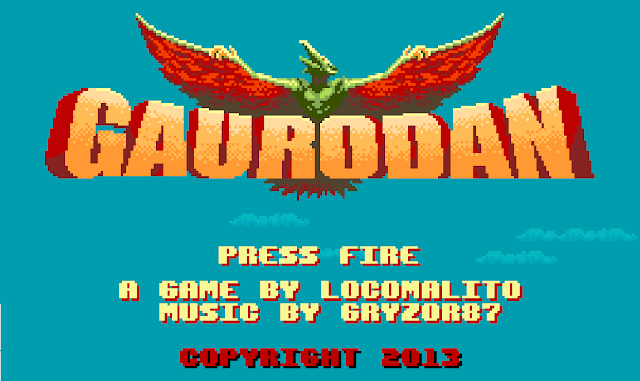 Say hello to the bad guy!


A new game from Locomalito is always something to get excited about as every title he has created so far has been extremely well produced and enjoyable to play. His recent take on the Ghosts 'N Goblins formula, Maldita Castille, was an excellent homage to the coin-op games of the late 1980's, and he sets to repeat this success with his latest shoot-em-up.. sorry. Shmup! Gaurodan. 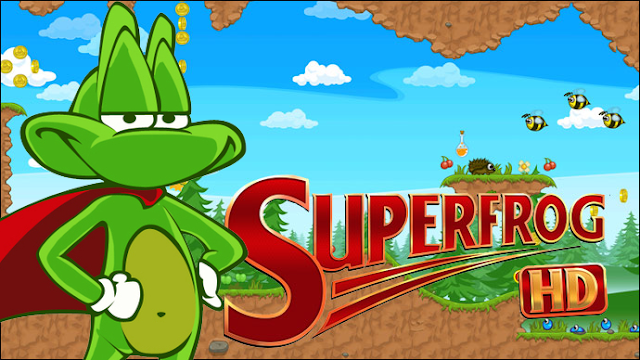 The Amiga was a wonderful system, home to some truly great games. However, it was never quite able to nail the platformer genre. It had many games of this style, certainly, but when compared to the console titles like Super Mario World and Sonic The Hedgehog, they lacked a certain spark that made them stand out. The one game that came closest, though, was Superfrog by Team 17. Controlling the titular amphibian through the colourful cartoon world, often at breakneck speeds, was a pleasure. With jaunty music, silly sound effects, charming characters and a fairy tale world to explore, Superfrog is arguably the best platform game the 16-bit Amiga has to offer. Now those kind folks at Team 17 have seen fit to unleash our slimy hero onto modern screens with an HD remake featuring all new levels and a fresh coat of paint.