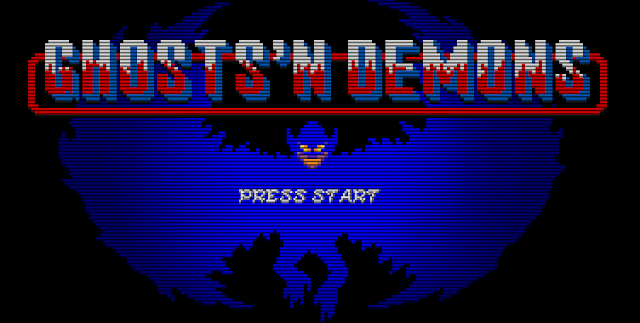 Capcoms classic coin-op Ghosts N' Goblins has just celebrated its 30th anniversary, so what better way to celebrate this milestone (other than firing up the original in MAME) than to play an indie re-imagining of this classic coin-op? No, I'm not talking about Locomalito's wonderful Maldita Castilla, released in 2012, but a new kid on the block; the not-very-subtly-named Ghosts 'N Demons. Personally, I've always had a love / hate relationship with the 1985 original (and its sequel Ghouls 'N Ghosts, released in 1988) as, on the one hand, it contains gorgeous pixel art, a great soundtrack and tight, action-packed platforming. While on the other, it's an obnoxiously difficult game clearly designed to strip arcade patrons of their coins. 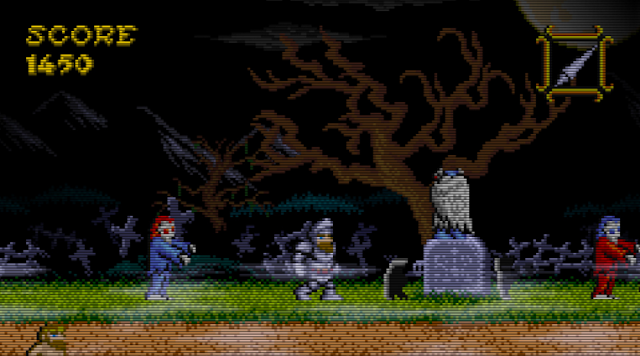 So anyway, BonuzJZ brings us his homage to the classic 80s rage-fest, with a solid revamp that looks, sounds and plays extremely close to its forebear. The graphics are extremely authentic, though rather zoomed-in for my liking (bringing to mind Game Gear ports of Master System games back in the 90's) and audio is also of a high standard, with much of the music coming from the original games. So full marks for presentation, but how does it play? Extremely well actually. The levels are completely different to the original with Arthur responding instantly to commands and even debuting a new backwards flip move he has clearly learnt over the last 30 years. 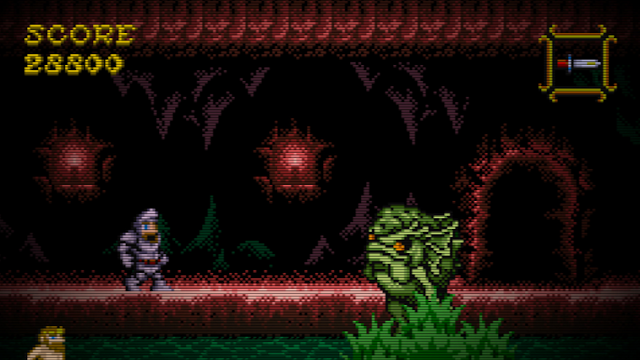 There are all the familiar faces and locales from both coin-op games, giving Ghosts 'N Demons a nice 'mash-up' / remix feel, while levels are interesting to progress through. Unfortunately - and this is a big deal breaker for me (and gamers who value their hair and sanity, I would imagine) -  the game is even harder than the originals. Yes, really! I struggled to get half-way through stage 2 before the veins on my forehead started to throb and I felt the overwhelming urge to punch someone in the face. In a word, this game is tough. If you are one of the maniacs who enjoys games like I Wanna Be The Guy and can complete Super Meat Boy's hardest stages, then maybe this won't be an issue for you. But for me, I just felt like the fun had been removed and I came away feeling stressed out. The addition of moving platforms and lots of instant death pitfalls (usually surrounded by a plethora of foes) only increases the frustration. 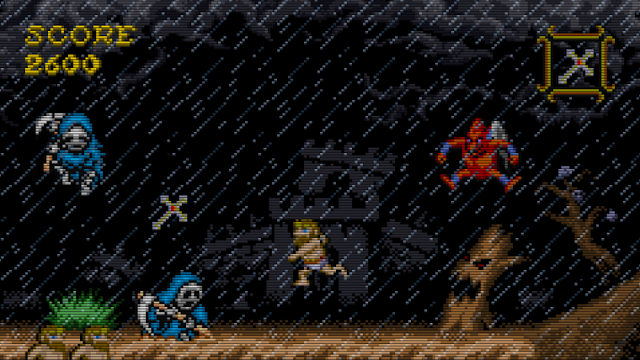 It's a shame, because I love the presentation and want to explore the entire game world, but the insanely punishing difficulty level puts pay to any thoughts of seeing the later levels. I would enjoy seeing more of the game, but booting up Ghosts 'N Demons almost feels like a form of self harm, and there are simply far more enjoyable things I could be doing with my time - even trying to get screenshots for this article put me in a  foul mood. In summary, if you find ridiculously hard games annoying, then stay the hell away, no matter how powerful those rose tinted spectacles are. But if you love the originals and have the gaming skills of a cheetah on amphetamines, then you will probably enjoy it a lot more than I did. The choice is yours. Personally, I would stick with Maldita Castilla and avoid grinding your teeth into dust. 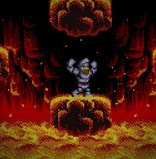