I have always been a staunch believer in the gaming ethos of 'graphics do not maketh the game' and there are certainly a lot of indie games that require that mindset in order to engage with them. Plasma Fist, on first appearance, is one such game - a classic platform blaster that has a wonderfully old school 8-bit look that reminds one of Lode Runner or Jetpack. 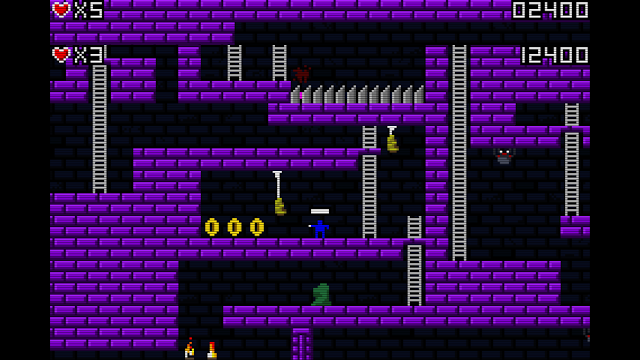 Controlling the unnamed blue protagonist, you must navigate your way across the well designed stages; grabbing treasure, avoiding or blasting the monsters and finding the exit. Simple stuff, certainly, but here's the rub; you cannot jump and your blaster has very limited shots. The 'no jumping' mechanic will be instantly familiar to those of you who have played the aforementioned Lode Runner and is not missed thanks to the well placed ladders throughout the levels - In fact, much like its inspiration, it lends the game an added element of strategy, forcing you to avoid confrontations with your adversaries, rather than simply hop over them. It also means you can take alternative routes through the stages and must think before you leap (or fall in this case) as you may not be able to get back whence you came, possibly missing precious treasure as a result. 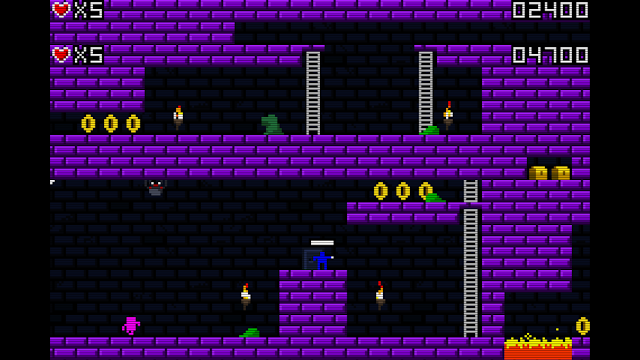 The stages are filled to the brim with life sapping adversaries, so it's very handy that you have your blaster to hand. Unfortunately, it only holds a very small amount of energy to fire hot laser death, so you must choose your shots wisely and decide how to fire the gun - do you let off several tiny shots, capable of killing lesser enemies and merely stunning tougher foes? Or do you hold down the power button and unleash a massive beam of destruction that will emulsify an entire row of enemies as well as reducing one block of wall to dust? The fact you can only use this epic blast twice before an energy replenishing power-up needs to be grabbed, means you have to pick your moments carefully, but boy is it satisfying to wipe out a queue of monsters, even if you have to retreat to find more energy afterwards. 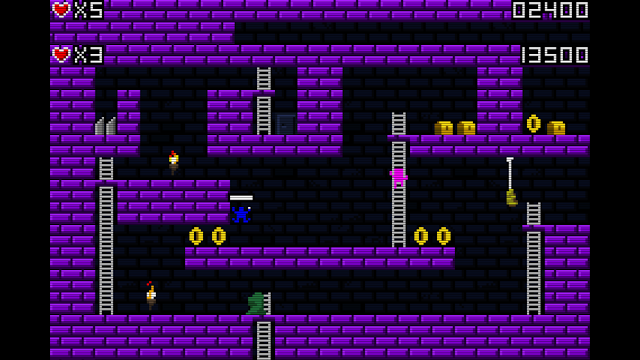 The graphics have a polished and charismatic appearance that combines the visual style of 8-bit home computers such as the BBC Micro and C64 with early coin-op games by developers like Capcom and Konami. The sprites are nicely animated too, which gives them far more character than a glance at a static screenshot would have you believe and there are lots of lovely little background details such as spiderwebs, flickering torches and blood splats left from vanquished enemies. An atmospheric, laid back chiptune soundtrack sets the spooky tone of the game and is a welcome change from the manic chiptune techno usually found in 8-bit inspired indie games. 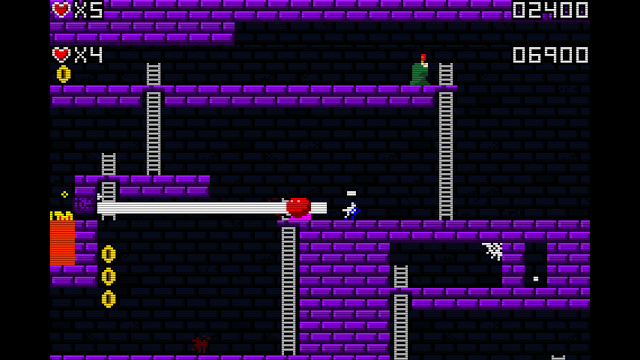 Thanks to the clever weapon mechanic, interesting stages and solid platforming Plasma Fist is extremely enjoyable to play and is both addictive and challenging (Just wait until the blaster-wielding soldier starts making an appearance). Not only does it inspire you to explore each stage thoroughly, but the extra mechanics give it an element of depth which engrosses you in the simple, yet engaging world it presents to you. Online scoreboards are the icing on the replayability cake and will have you coming back time and time again to beat your score. Plasma Fist is a must play for anyone who enjoys immersive 8-bit platform adventures. It is also completely free, so what are you waiting for? 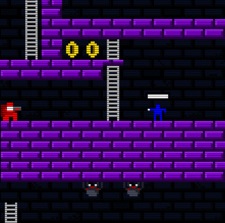