New DOOM map by John Romero - the original creator of the game - released! 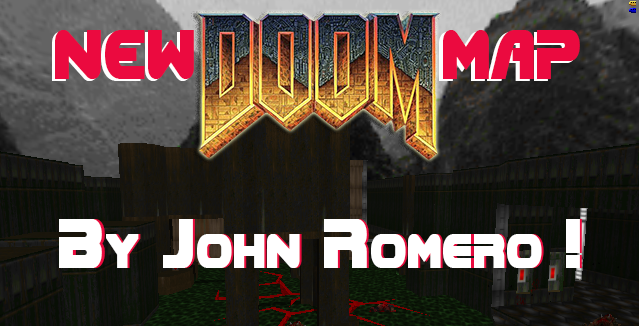 Wow, talk about coincidences. No sooner have I published an article recounting my love for Doom when suddenly a new user made level appears online. Not just any old user level, oh no! This map has been created by none other than John Romero himself.. To quote Wayne's World “We're not worthy! We're not worthy!”. Sure, there are hundreds of thousands of home made maps for Doom and Doom 2 on this here interweb, but it's not every day that one of the original creators of the game steps up to the plate and offers us a brand new stage! This is the first Doom map from Mr. Romero in two decades, and if that's not a reason to celebrate then I don't know what is! 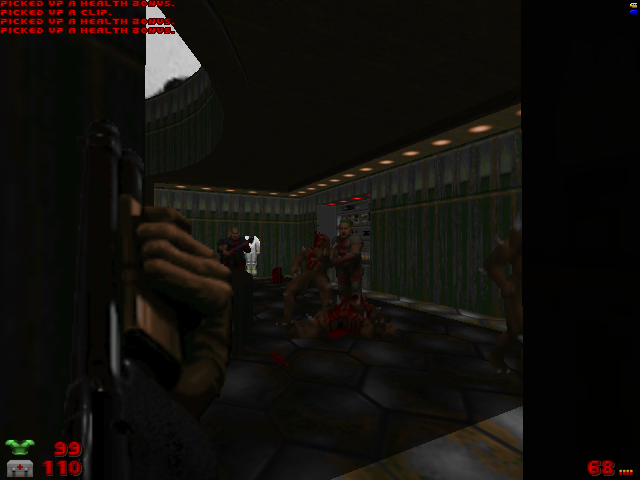 So how does this new level hold up against the plethora of quality home-made maps by talented wannabe level designers? It was with some excitement that I unzipped the unimaginatively titled E1M8B.Wad – come on John, surely you could have given the map a decent name!? - and I wasn't even bothered by the fact that the map is for regular old Doom 1.. not my beloved Doom 2. There would be no Chaingun guys, Revenants or Mancubus (Mancubuses? Mancubi?) bothering me on this map.. nor would I be utilising the super shotgun – my favourite weapon of all time. But fuck it! This map is by the original creator of Doom, so I was prepared to forgo these things and jump in and start blasting! 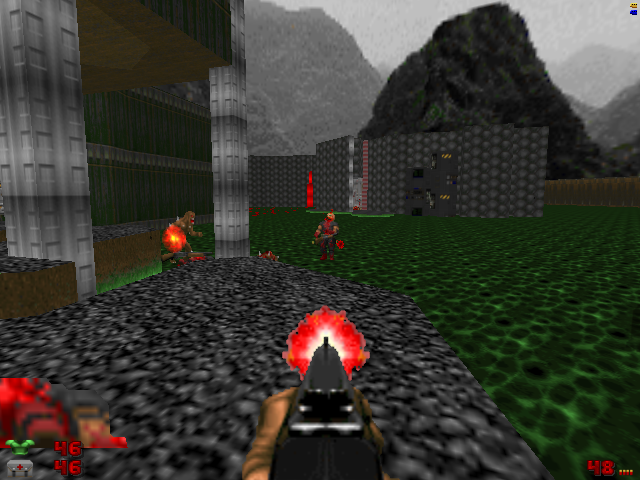 Upon warping into the map, first impressions were a huge let down. As soon as I discharged my weapon, enemies began spawning in the room with me, killing me rather rapidly. Not only that, but the floor was covered in red lava cracks, hurting me as I stepped on it. Feelings of disappointment started to set in but I jumped straight back into it and died again.. several times. After a few attempts I cleared the room and found a much needed health kit and the chaingun. I was able to breath a small sigh of relief before I entered a large outdoor area filled with angry imps and I started to enjoy myself. It also became apparent that the level was going to be larger than I had first thought, with several different areas visible from where I was standing – though access was impossible due to the massive sea of acid. 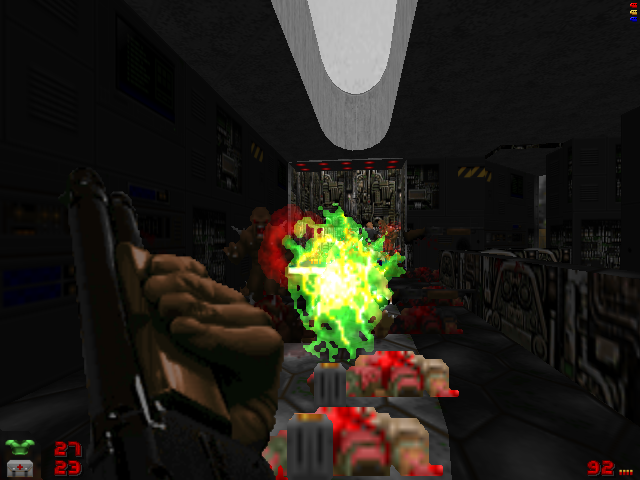 E1M8B (uurgh!) is very well designed (apart from the starting point), with a heightened sense of exploration coupled with Doom's usual linear route that must be taken in order to obtain the correctly coloured key or press one of the many environment changing switches that grant you access to the next area. Many of the areas you must reach are blocked by a huge pool of acid, which gives the sense you are exploring increasingly difficult islands on your way to the exit. The map contains several pitch black areas that become illuminated via switches and many narrow corridors, which definitely gives the stage a horror edge, and there are plenty of enemy filled rooms that spring open once you walk past a certain point or flip a switch, leading to some tense stand-offs against numerous foes in corridors you thought clear of danger. 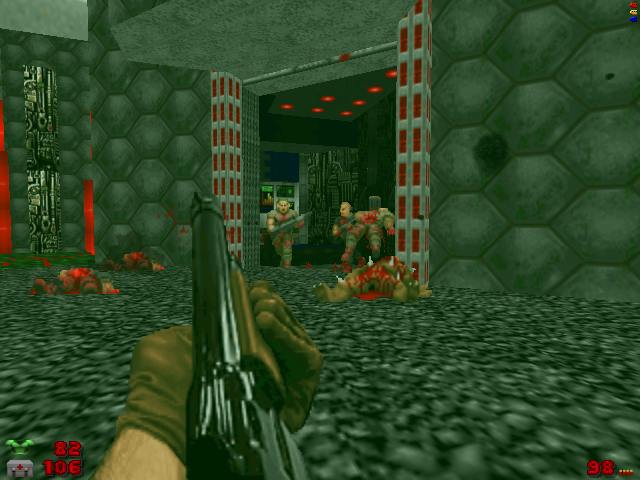 Overall, John's map is a gripping, challenging and enjoyable new Doom level – despite the rather annoying start room. It certainly feels like a recent map, with a high level of detail and an intricate layout that uses lots of cool tricks and design elements from many of the original Doom and Doom 2 levels by Id Software, yet it never feels like a mash-up of styles just for the sake of it. It definitely retains that classic, old school, Doom feeling – though this could be accentuated by the fact I usually play Doom 2, and without all the extra monsters, extra textures and the wonderful super shotgun, the original always seems slightly empty to me. But there is a certain purity to playing Doom without all the sequel's extra adversaries. It keeps you focused on killing huge numbers of smaller enemies, while seeking the correct path to the exit without the need for gimmicks or the irritating Pain Elemental spewing Lost Souls everywhere, or the bastard Arch Ville resurrecting dead enemies left right and centre. It's just you, your limited arsenal of guns (no plasma based weaponry here), and your reflexes, and it's all the better for it. Maybe the fact it was created by John Romero makes me slightly biased, but I really enjoyed my playthrough this stage and am going back to play it again now. 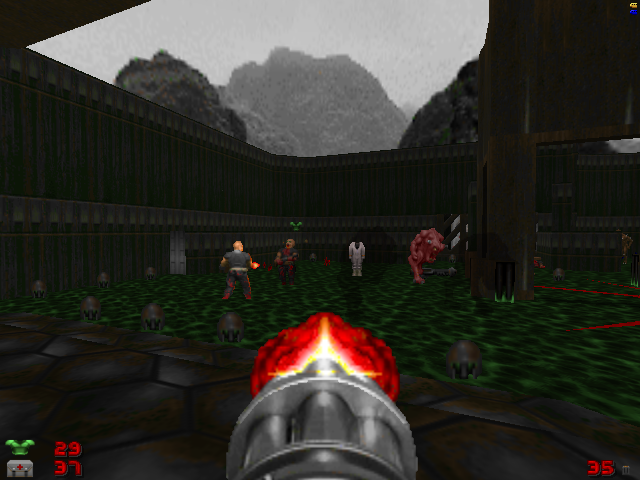 If you love Doom then be sure to grab this new map (along with the awesome GZDoom source port) and game like it's 1993 again! Head over to Doomworld.com to find thousands of fantastic levels and mods for this timeless game!